U.S. House Democrats on Monday introduced a resolution containing a single article of impeachment against President Donald Trump charging him with “incitement of insurrection” for his role in the attack on the U.S. Capitol last week.

The resolution noted that Trump addressed a rally shortly before his supporters mounted the attack and says he made statements that “encouraged and foreseeably resulted in” the lawless actions at the Capitol. Trump could conceivably become the first U.S. president to be impeached twice by the House during his term.

House Democrats sought agreement to immediately bring up the resolution for debate, but Republicans stopped it on a voice vote. Democrats have indicated they will seek a recorded vote on the same resolution on Tuesday.

Representative Alex Mooney of West Virginia was the Republican to formally object.

Congressional Democrats have said it is imperative to remove Trump from office, even with a planned transfer of power to president-elect Joe Biden scheduled for Jan. 20.

Thousands of Trump supporters stormed the Capitol last week, scattering lawmakers who were certifying Biden’s election victory, in a harrowing assault on the centre of American democracy that left five dead.

The violence came after Trump urged supporters to march on the Capitol at a rally where he repeated false claims that his resounding election defeat was illegitimate.

“In protecting our constitution and our democracy, we will act with urgency, because this president represents an imminent threat to both,” House Speaker Nancy Pelosi wrote to fellow House Democrats on Sunday.

Dozens of people who attacked police officers, stole computers and smashed windows at the Capitol have been arrested for their role in the violence, and officials have opened 25 domestic terrorism investigations.

Trump acknowledged that a new administration would take office on Jan. 20 in a video statement after the attack but has not appeared in public. Twitter and Facebook have suspended his accounts, citing the risk of him inciting violence.

WATCH l Assessing the pros and cons of a 2nd impeachment: 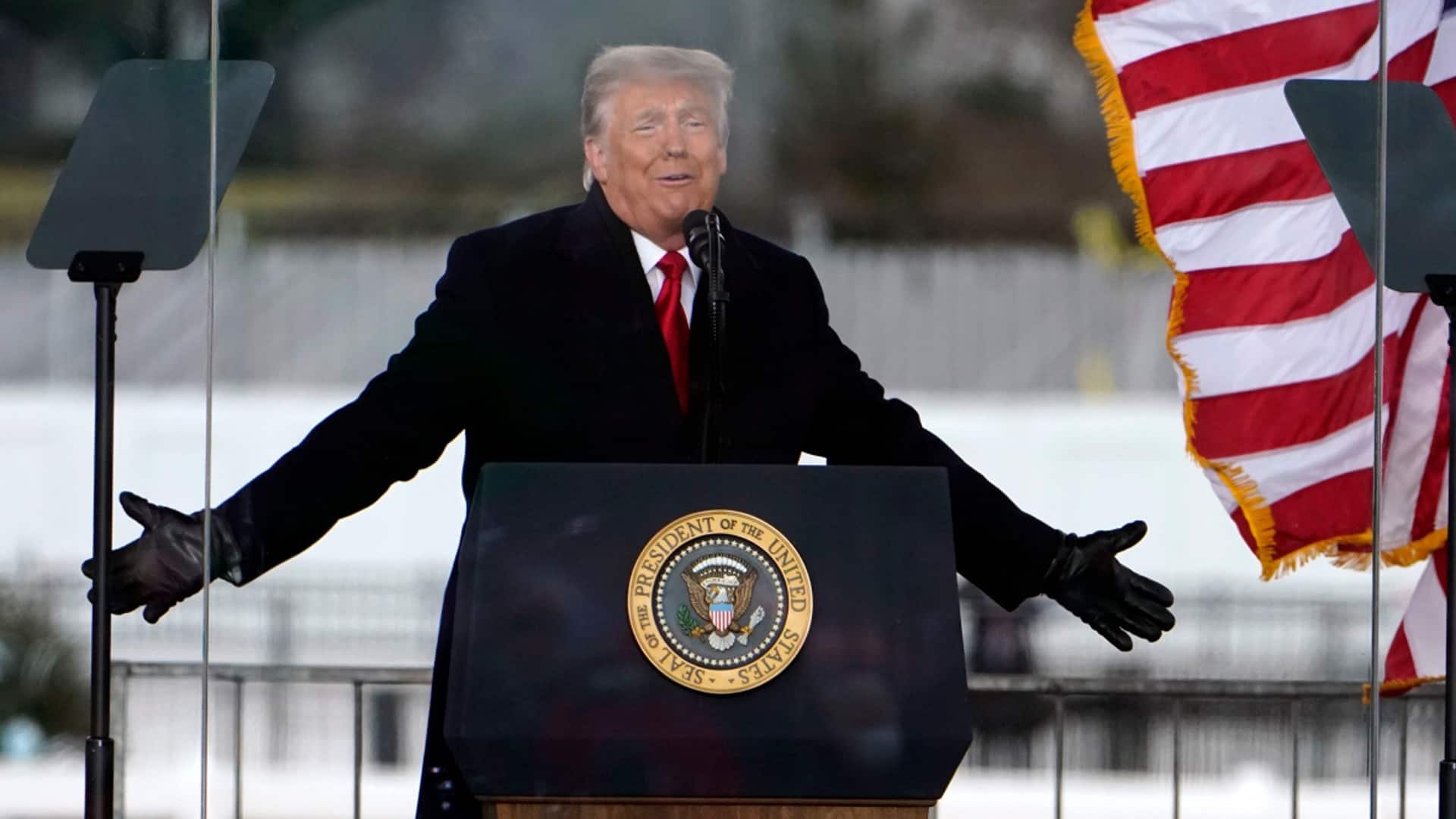 The CBC’s Carole MacNeil speaks to Thomas Balcerski, professor of history at Eastern Connecticut State University, on whether the 25th Amendment could be invoked against U.S. President Donald Trump. 6:59

On Monday, Trump was denied an avenue for his false claims of pivotal election fraud from the highest court in the land. The U.S. Supreme Court steered clear of more cases involving bids by Trump and some Republican allies to overturn his election loss and turned away a Democratic effort to expand mail-in voting in Texas.

The justices, as expected, declined to expedite consideration of eight Trump-related cases, including three filed by his campaign, challenging the election results in Wisconsin and Pennsylvania, two of the states he lost to Biden. It already was clear that the court had no intention to intervene because it had not acted before Congress last week certified Biden’s victory in the Nov. 3 election.

McGovern had told CNN he expected Republican lawmakers to object to the request to invoke the constitution’s 25th Amendment to remove Trump. In that case, he said, his committee will provide a rule to bring that legislation to the House for a vote and, 24 hours later, the committee will then bring another resolution to deal with impeachment.

“What this president did is unconscionable, and he needs to be held to account,” McGovern said.

Pence was in the Capitol along with his family when Trump’s supporters attacked, and he and Trump are currently not on speaking terms. But Republicans have shown little interest in invoking the 25th Amendment.

If Pence does not act, Pelosi said the House could vote to impeach Trump on a single charge of insurrection. Aides to House Republican Leader Kevin McCarthy, who voted against recognizing Biden’s victory, did not respond to a request for comment.

House Democrats impeached Trump in December 2019 for abuse of power and obstructing Congress for pressuring Ukraine to investigate Biden, but the Republican-controlled Senate voted not to convict him.

Democrats’ latest effort to force Trump out also faces long odds of success without bipartisan support. Only four Republican lawmakers have so far said publicly that Trump should not serve out the remaining nine days in his term.

The lawmakers who drafted the impeachment charge say they have locked in the support of at least 200 of the chamber’s 222 Democrats, indicating strong odds of passage. Biden has so far not weighed in on impeachment, saying it is a matter for Congress.

Unclear when, or if, Senate would take up impeachment

Even if the House impeaches Trump for a second time, the Senate would not take up the charges until Jan. 19 at the earliest, Trump’s last full day in office.

An impeachment trial would tie up the Senate during Biden’s first weeks in office, preventing the new president from installing cabinet secretaries and acting on priorities like coronavirus relief.

READ l The impeachment resolution, which now has over 200 co-sponsors:

Representative Jim Clyburn, the No. 3 House Democrat, suggested his chamber could avoid that problem by waiting several months to send the impeachment charge over to the Senate.

Trump would be long gone by then, but a conviction could lead to him being barred from running for president again in 2024.

The votes also would force Trump’s Republicans to again defend his behaviour.

Several prominent U.S. corporations, including Marriott International Inc. and JPMorgan Chase & Co., have said they will suspend donations to the nearly 150 Republicans who voted against certifying Biden’s victory, and more are considering that step.

Washington remains on high alert ahead of Biden’s inauguration. The event traditionally draws hundreds of thousands of visitors to the city, but has been scaled back dramatically because of the raging COVID-19 pandemic.

Senate Democratic Leader Chuck Schumer, who will become majority leader after Biden and vice-president-elect Kamala Harris are inaugurated and the two new Democratic senators from Georgia are seated, said on Sunday that the threat from violent extremist groups remained high.