Coronavirus: What’s happening in Canada and around the world on Saturday

“Given the recent developments, there is an urgent need for everyone to take individual actions to not only protect ourselves but also our populations and communities at high risk,” Dr. Theresa Tam said in a statement on Saturday.

Tam said federal modelling showed Canada could see 20,000 cases a day by the end of December if the spread of coronavirus is not tamped down.

“To do this, we need to limit close contacts to those in your immediate household and reduce in-person interactions to only essential errands and activities, while consistently maintaining key public health practices,” she said.

“We need a renewed commitment to slow the spread of COVID-19, and we need it now,” she said.

Premier Blaine Higgs indicated the entire province could move to orange-level restrictions if the rise in cases continues. He said the current increase is a “reality check” that the virus exists in the province.

“We are now in our own bubble in New Brunswick,” he said. “And that bubble is about to burst.”

WATCH | N.B bubble is about to burst, says premier:

New Brunswick Premier Blaine Higgs is pleading with residents to repeat the efforts made earlier this year to flatten the COVID-19 case curve. On Saturday, the province reached a single-day record. 6:03

Of today’s new cases, 522 are in Peel Region, 450 in Toronto and 153 in York Region, Health Minister Christine Elliott said on Twitter.

Premier Doug Ford announced on Friday that Toronto and neighbouring Peel Region are going back into lockdown, as of Monday, and several other regions are moving to higher restriction levels. 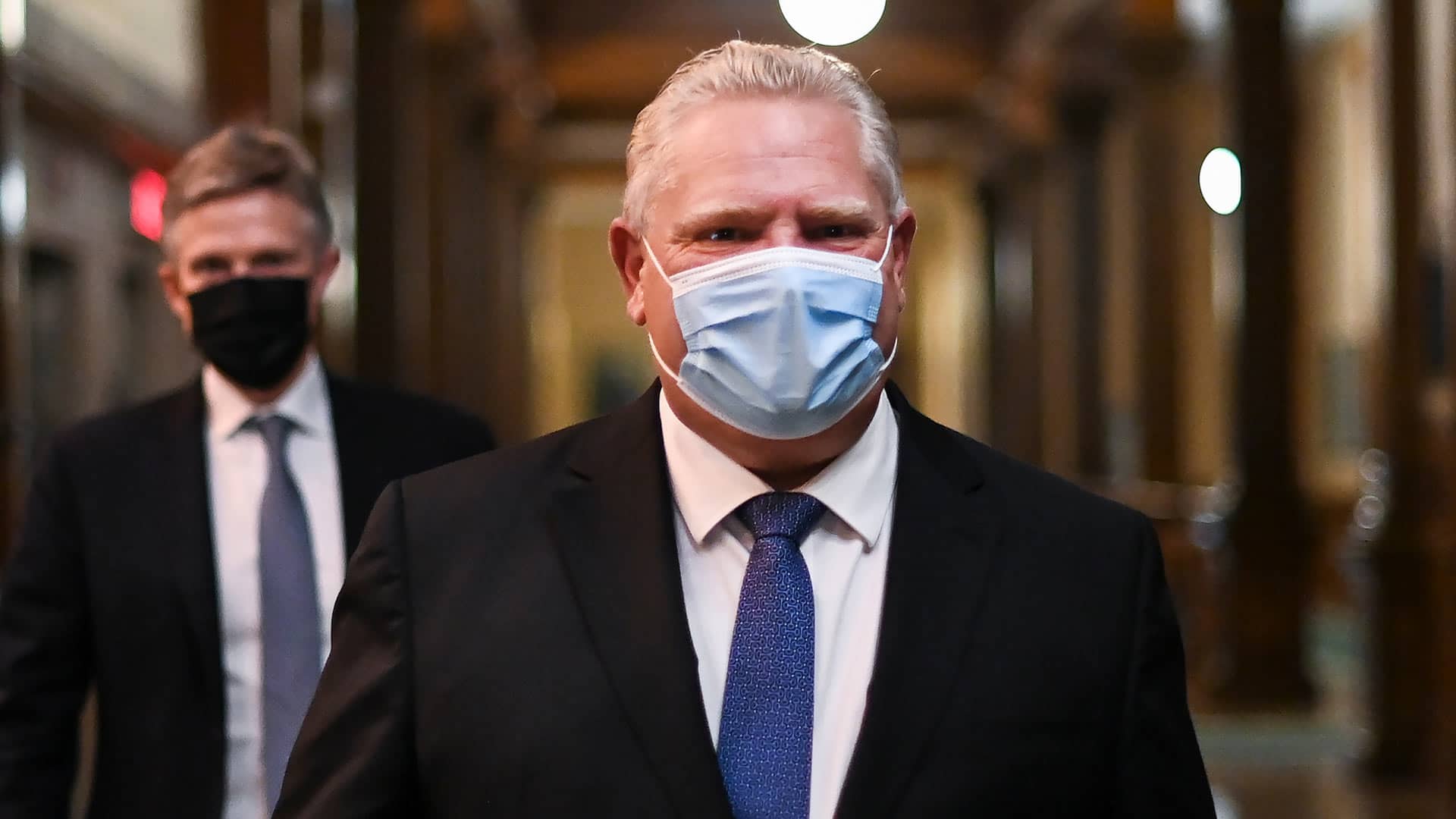 Toronto and Peel Region will be are now in lockdown on Monday. No indoor gatherings with anyone outside the immediate household, are allowed. Businesses of all kinds are moving to takeout, delivery, curb-side service or closure and breaking the rules comes with fines. 3:43

Saskatchewan announced a single-day record of 436 new cases, pushing the province past the 6,000 mark for total confirmed cases since the start of the pandemic. Officials says the large increase is partially due to a record-high number of tests being processed, alongside weather-related and logistical delays.

“Our seven-day average for new cases is now 203, which is the highest it has ever been,” said Moe. “While it’s too soon for the new measures implemented last week to have made an impact, we are continuing to evaluate the situation closely and will consider further measures.”

The new figures come a day after the province’s new restrictions came into effect. As of Friday, the sale of non-essential items are banned in stores — though people can still buy those items for delivery or curbside pickup — and almost all visitors to homes, with a few exceptions, are prohibited. 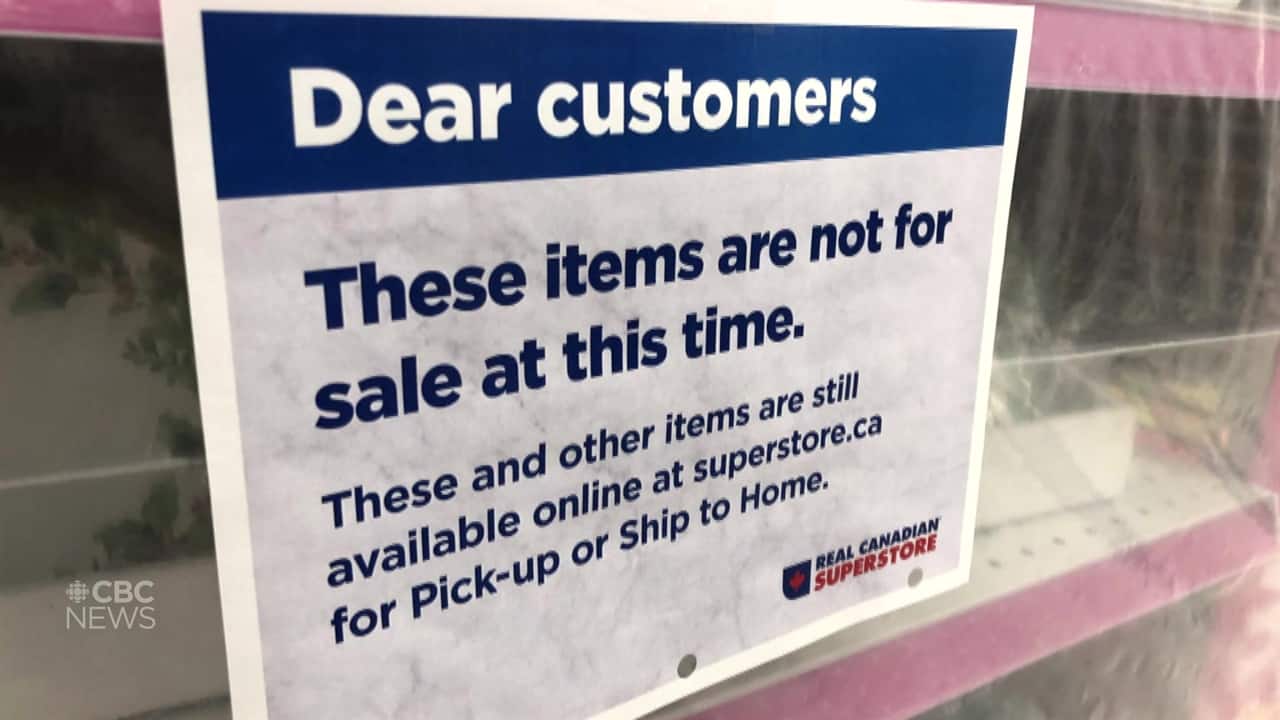 Manitoba is taking what it hopes is decisive action in bringing down the country’s worst COVID-19 infection rate. Businesses considered vital enough to stay open in Manitoba’s near-lockdown can only sell in-store what public health deems essential. 2:04

The latest major outbreak in the province is at a Quebec City convent, where 39 nuns and 43 workers at the Soeurs de la Charité in suburban Beauport have tested positive for COVID-19.

A group of nurses, patient attendants and licensed practical nurses were deployed to the convent on Wednesday to provide assistance and are still working at the site.

Newfoundland and Labrador announced five new cases on Saturday, the largest single-day increase in cases in the province since April 16.

Nunavut reported 25 new cases in the territory, of which 22 are in the hard-hit community of Arviat.

As of Saturday, there were more than 57.7 million reported cases of COVID-19 worldwide, with more than 37 million of those cases listed as recovered, according to a COVID-19 tracking tool maintained by Johns Hopkins University. The global death toll stood at more than 1.3 million.

WATCH | Inside a Moscow COVID-19 ward:

A well-equipped, high-tech COVID-19 ward set up inside a Moscow convention centre is a stark contrast to the overwhelmed hospitals elsewhere in Russia. CBC News got a first-hand look at the facility and found out what’s creating the disparity in health care. 6:34

In Asia, India has reported 46,232 new confirmed coronavirus cases in the past 24 hours, with the situation particularly alarming in New Delhi. Intensive care wards and the capital’s main crematorium are near capacity, and health officials this week found the prevalence of infections in markets much higher than expected.

In the Americas, the U.S. state of California is enacting a nighttime curfew on Saturday as spiking coronavirus cases threaten to overrun health-care systems. Los Angeles County, the state’s largest with about 10 million people, warned that a more drastic lockdown could be imminent.

Africa has surpassed two million confirmed coronavirus cases and seen more than 48,000 deaths on the continent. The World Health Organization says the current wave of infections on the continent is driven by North African nations as temperatures fall there.

Share
Previous Bodies of man and his slave unearthed from ashes at Pompeii
Next Canada’s 1st Indigenous coast guard auxiliary has launched in B.C.